It was a moment I had been waiting for since the day I applied to ride. I had the same feeling for months that eight year olds have starting December 26th — patiently waiting, yet still doing all the was required to get there. We made it to Seattle!

I kicked off my shoes at the shore and ran into the Pacific for the first time in my life. We popped champagne, and whether it was from the ocean or our tears, salt water was flowing. Just before reaching the water, we had one last check donation to make to the Swedish Medical Center in Seattle. Peddler Brewing, a bike-themed brewery native to Seattle, hosted us all for a great time.

Once the champagne bottles were empty, we moved to a five-star hotel we had NO business staying in. Kenny actually called the concierge and their conversation went something like this:

“I’m not a fancy man, and I don’t stay in many hotels. If I wear the robe in the closet, will I be charged?” – Kenny

It still hasn’t hit me. Swimming in the ocean never felt so good!

There really wasn’t a true crescendo to finish the trip. The night before in Snohomish, we all started celebrating and reminiscing prematurely, and that itself felt like the end. There were so many high points to end the trip, it’s hard to keep count, much less emotionally process them all on the fly. It was hard to hold onto the unfiltered happiness of finishing, as our team was dispersing just as quickly as we came together in Bar Harbor. I’ll miss everyone, and hope to see ya’ll on the road again someday!

The scene we were welcomed to at Peddler

Bike the US for MS’s founder, Don, getting iced and taking it like a champ! He’s the one who makes the magic happen and started this all. 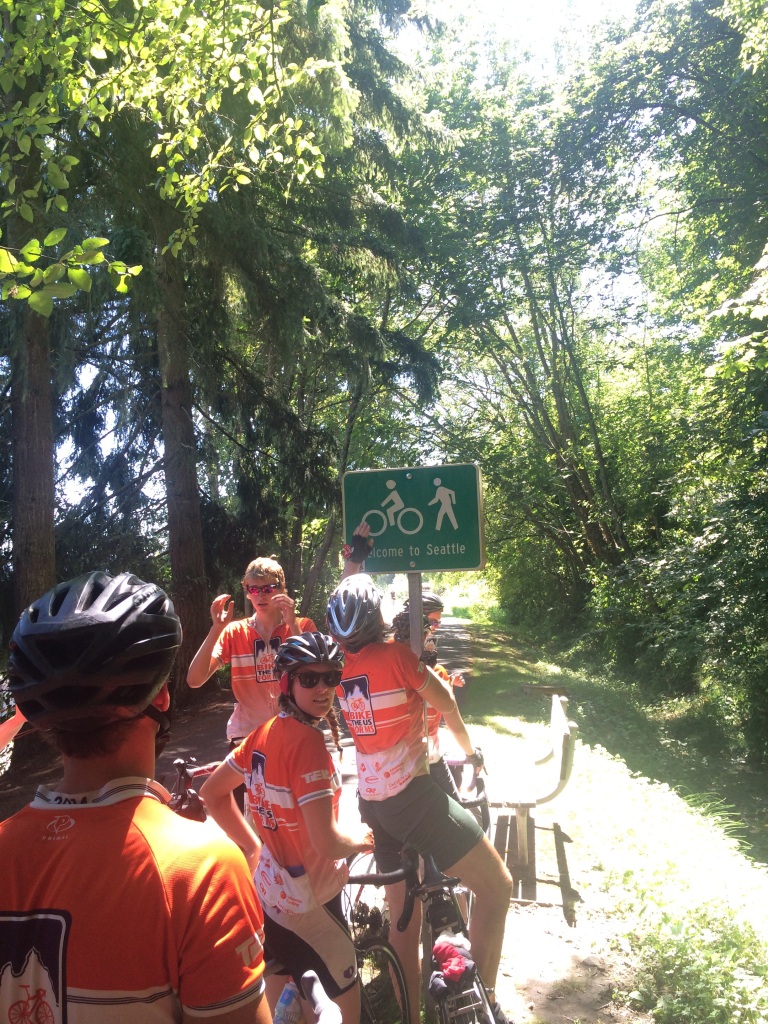 The first time we knew we had made it!

Amidst one of the final climbs through the North Cascades 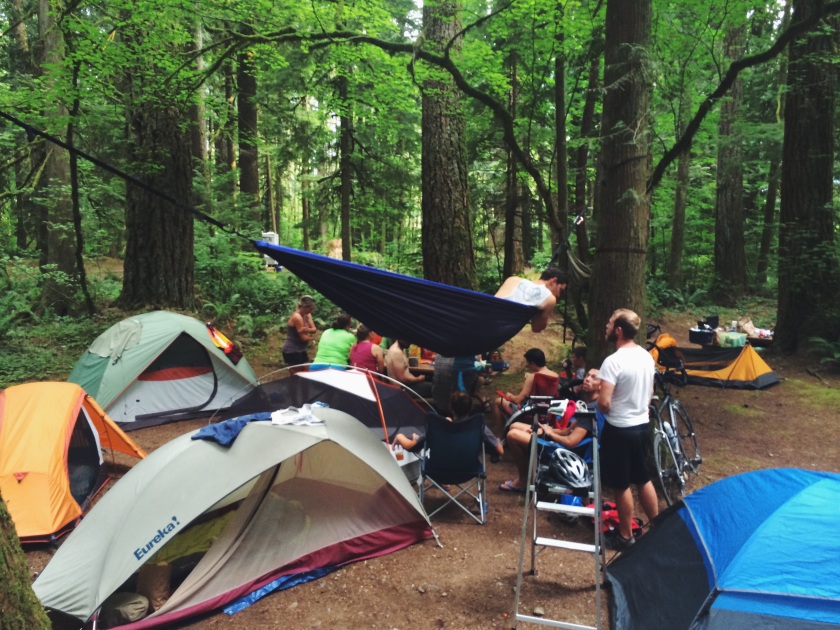 One of the final, restless nights we spent together playing cards, goofing around and dreaming of Seattle 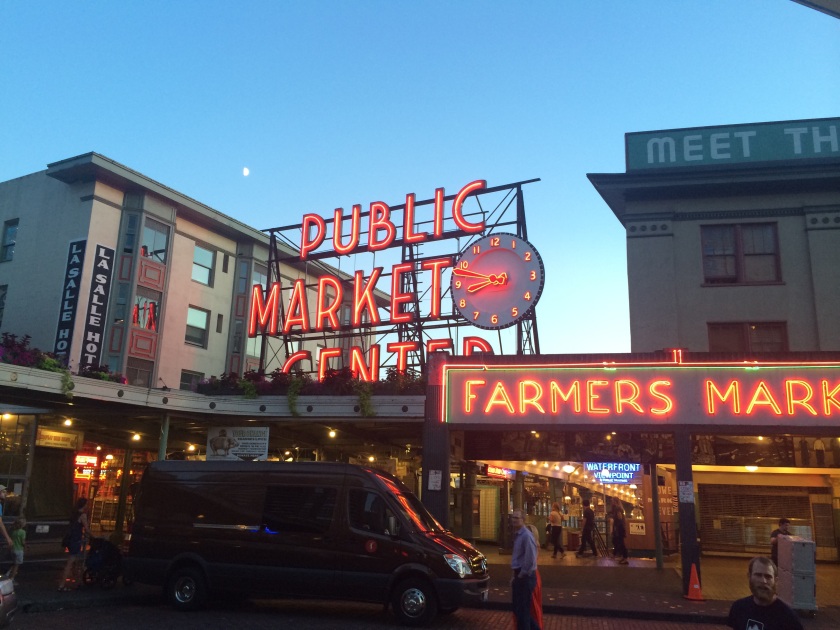 The world famous Pike Place Market. We went back the next morning and it was as hectic as advertised

The calm (about a month) before the storm

This summer was like summer camp for adults. It was a 10-week long cardio session under the guise of sightseeing. It was the most unforgettable pilgrimage of my life. I saw parts of the country I didn’t knew existed, and did things I never thought I could. I got comfortable being uncomfortable, and now that I’m a few days removed from riding, I actually miss being on the saddle a bit.

A road trip back spanning Portland, Yellowstone National Park, Denver, Chattanooga and Knoxville in a few short days has me absolutely winded right now. While I miss my personal car, I can’t say I missed sitting in a back seat for hours. I’m writing this from the house I once lived in at Tech, and it’s incredibly bittersweet to be back in Blacksburg. For the last four years at this time, I was getting psyched about being in Lane, starting classes and seeing friends. Now only a fraction of my closest Hokies are still around, and above everything, it’s weird knowing I won’t be here in the fall.

I’m back in reality and my time being funemployed is underway! Life’s a lot simpler when all you have to worry about is pedaling 70 miles instead of finding a career. I’m admittedly perturbed at the idea of having no idea where I’ll be in five years, or five months, or even five weeks. But after this trip, I’m much less intimidated at the idea of being somewhere

Before I conclude the documentation of this journey, I owe many people thanks. To my teammates and route leaders, thank you for making this trip the greatest, silliest trip of my life. To my donors, thank you for helping change the lives of those with MS and supporting the cause! To my friends and family, thank you for the never-ending supply of love and support. To Don, Cassie, and the rest of the Bike the US for MS team, thank you for making this all possible and letting me represent your organization. Becoming a BTUS4MS alum is one of my proudest feats and it was an honor to wear the jersey! And lastly to my readers, thanks for following along and interacting! It’s been a joy write and post all of this, and I’m glad you enjoyed it!

One thought on “Champagne & salt water”