I started writing this over the summer, and it’s sat on ice in the drafts folder because I wasn’t quite ready to admit that college is ending. But I’ve had such a good time being a functioning derelict the last four and a half years that I feel obligated to finish this.

College has been a running gag full of trial and (mostly) error.

I walked into Gladding Residence Center as innocent as I was awkward. I was really psyched to be in a new area and around friends consistently, but I was also really unaware of what to expect, and a major rookie to drinking to boot (I can, sadly, be quoted as saying, “Yeah, I don’t see why I won’t just keep drinking Burnett’s. It’s cheap, gets the job done, and really isn’t that bad.” *yacks*).

I was the biggest freshman to ever freshman. And I’m damn proud of it. If you weren’t a total try-hard goober as a freshie you missed out. Some awesome memories of ’09 include rushing but not pledging a frat, going apeshit in the VCU student section, swiping into Shafer with Miles and meeting Justin Pierre of Motion City Soundtrack after he played an impromptu acoustic set on the Compass. 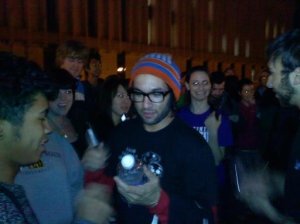 It bums me out whenever I think of what things would be like if I stayed at VCU, so I’m glad that I’ll be in Richmond this spring. I’ve got nothing but love for VCU.

Transferring to Virginia Tech was the most I’ve ever deliberately gone out of my comfort zone. I was anxious for four months straight. From the time I handed in my transcript, until the day I packed my Jetta and left for Tech, I wasn’t sure if I made the right choice. Leaving behind tons of both new and old friends, an awesome girl, a familiar area, and great education was terrifying, but I just couldn’t say no to Virginia Tech. 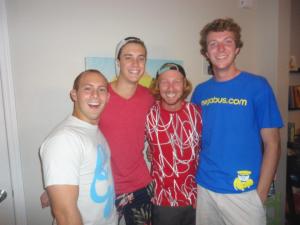 I couldn’t possibly list every great memory from my time at Tech. Each year here has been totally different but the common denominator’s been that I’ve had a ton of fun with awesome people. Have I used the word awesome enough? Probably, but it’s all true. I experienced the Hell out of Virginia Tech.

I’m ambivalent about graduating. Take one part pride, one part nervousness and a whole lot of ambition and that’s about what I’m feeling right now. I need to thank my friends for partaking in the silliness, my sister for teaching me so, so much, and my parents for supporting me with no reservations.

And thanks to you if you’ve made it this far down the page. Let’s get drinks sometime.

I can’t believe it’s over.

But I’m off to great places, today is my day! My mountain is waiting, so I’ll be on my way!

“The world doesn’t give you four choices with a bubble to fill in. There are millions of choices and the questions are much harder.” — Ed Weathers